URGENT: Encouragement and Prayer in a Time of Pandemic...See All of Our Coronavirus Resources Here

Dinosaurs and the Age of the Earth: What Does the Bible Say?

Chances are, at one point in our lives we had an obsession with these giant creatures, and if we didn’t, our kids likely enjoyed learning about dinosaurs during some period of their lives.  But what does the Bible say about dinosaurs?

Do we see them mentioned anywhere throughout Scripture, or is the Bible silent on these fossils we hadn’t uncovered until the 1800s? In this article, we’ll dive into if and where we might find dinosaurs in the Bible, what we know about them scientifically, and if they appeared in the Garden of Eden or the ark.

Are There Dinosaurs in the Bible?

Explicitly, we don’t have any references to dinosaurs in Scripture, but we may have two creatures mentioned in Job 40 and Job 41. The behemoth, as described in Job 40:15-24 has a large tail and strong bones, among other descriptions that don’t appear to point to any known land animal we’re aware of on earth today, according to Allan Steel for Answers in Genesis.

Another creature, mentioned in Job 41 is the leviathan, a water creature that appears to almost breath fire and has very thick skin that could be similar to the thick skin associated with dinosaurs or even dragons.

That being said, we do have to keep in mind that many biblical authors implemented several uses of metaphor and hyperbole.

Some commentators have said that the leviathan could be a crocodile and the behemoth a hippopotamus. Although not as large as dinosaurs, these creatures would’ve wreaked havoc in the ancient world. In ancient Egypt, for instance, hippos and crocodiles who swam the depths of the Nile were greatly feared, writes Isabel Stünkel for the MET. With one snap of the hippo’s jaws, a person could perish, and any hunters who went toe to toe with a crocodile risked death as well.

Although Christians do fall on both sides of the debate, it’s inconclusive as to whether the behemoth and leviathan refer to the creatures we know, such as hippopotamuses and crocodiles, or if they point to a creature that has since gone extinct, such as a dinosaur.

This article will assume that dinosaurs existed during at least some point of the biblical timeline. Although, first, we must dive into the differing viewpoints about when exactly these creatures existed?

What Do We Know about Dinosaurs?

Vered Shapiro writes for the Davidson Institute that more than 2,100 dinosaur skeletons have been found. Despite this, scientists have constantly developed theories about when certain dinosaurs lived and what exactly they looked like. Some of the more recent theories, for instance, suggest that dinosaurs more likely had a great number of feathers, than previously thought. Dan Vergano explains this more in his article for National Geographic.

Scientifically speaking, it depends on what worldview the scientist has regarding creationism, the age of the earth, and creationist evolutionism. There’s also evolutionary theories that exclude God from the picture, but we won’t touch on those in this article. I’ll briefly break down the three views of the earth’s age here and then lightly touch on where macroevolution falls in these three theories.

The Theories of the Age of Earth

The first theory is something known as young earth creationism. This theory, explained here by Dr. Terry Mortenson for Answers in Genesis, believes that the earth is not more than 10 to 12 thousand years old. That would mean that the dinosaurs would not have been able to evolve much beyond something known as microevolution – evolution in which small changes within a species occur, such as observed by Charles Darwin with the beaks of finches in the Galapagos islands. This theory would say that dinosaurs existed during the time of the Bible, and people would have on some capacity interacted with them (interactions included running away from them).

The second theory is old earth creationism. This belief tries to marry the two viewpoints of young earth creationism and creationist evolutionism. This view believes that the earth is millions of years old, but rejects theories of macroevolution. In other words, they believe God created the world millions of years ago (often citing that the days in creation may not have been literal days: 2 Peter 3:8), but typically reject most of evolutionary theory. This view may or may not believe that dinosaurs roamed the earth during the time of humans, but most likely would err on the side of saying they did not.

Creationist evolutionism believes that the earth is millions of years old and that God implemented macroevolution as a mechanism to bring about his divine plan upon creation. It’s a belief that tries to marry the ideas of Darwinism along with Christianity. Sally Lehrman explains this more in her article for Scientific American. This view would ascribe to the belief that dinosaurs lived millions of years before humans had evolved, and therefore, the two of them would have no interaction with one another.

Depending on what view a Christian believes, and Christians do fall into all three camps, would dictate as to whether they believe dinosaurs would exist in the biblical narrative.

This article, for the sake of argument, will adopt the first one: young-earth creationism, to talk about whether dinosaurs appeared in the Garden of Eden or on the ark during the Flood.

Were There Dinosaurs in the Garden of Eden?

The answer to this comes down to if God created dinosaurs or not.

“Wait a minute, Hope. It says right in Genesis 1 that God created the creatures on earth."

Agreed. However, some Christians may question why God would create such fearful creatures in the paradisaical Garden of Eden. Maybe they resulted from an experimentation – a breeding between two different creatures? Nevertheless, God also created mosquitoes, jellyfish, crocodiles, and hippos. We have to conclude that dinosaurs, if we ascribe to new earth creationism, existed in the Garden of Eden with Adam and Eve.

Were There Dinosaurs in the Ark?

The next logical question one might ask is did dinosaurs board the ark? The question we’d have to answer then is whether the dimensions of the ark were large enough to house two of every type of creature, including dinosaurs, as per Genesis 6. And second, where does Job’s story fall in the biblical timeline? If Job lived after the Flood, and we believe the behemoth or leviathan are dinosaurs, then we can logically conclude they boarded the ark.

First, although we have uncovered many dinosaurs, we’re likely looking at a handful of every “kind” of dinosaur, explains Answers in Genesis. Dinosaurs would have subsequently bred and had variations, like we see in the multiple types of canines. According to Answers in Genesis, not all the dinosaurs would have been sauropod-size, and even those of the largest “kinds” may have been boarded as a younger, smaller dinosaur.

With this in mind, dinosaurs could have feasibly fit on the ark, given the dimensions listed in Genesis 6.

As for Job, his book had been written hundreds of years after the Flood. If we do believe the description of the behemoth matches that of a type of dinosaur, we have cause to believe the dinosaurs survived the flood.

What Happened to the Dinosaurs?

Again, this depends entirely on which view of the earth’s age a Christian believes. If they believe in creationist evolutionism or even Old Earth creationism, they will likely say that the dinosaurs had been killed by an asteroid that struck the earth.

If we believe in young-earth creationism, what can we answer?

This can boil down to a couple of theories that have been fought over and widely debated. The most prominent, explained here by Ken Ham for Answers in Genesis, appears to be that Post-Flood conditions killed off many prehistoric creatures, including dinosaurs who may not have acclimated well to the new environment.

Many dinosaurs (considering Noah only took two of each kind) also died in the Flood, so that would’ve decimated many populations.

Dinosaurs have piqued the curiosity of many since their bones were discovered a few centuries ago. Although the Bible doesn’t have explicit documentation of these creatures, we may find some descriptions in Job of some creatures that may have survived a few hundred years after the flood, before succumbing to the new environment post-Flood.

No matter what the case, they display the power of God and his creativity in giving the earth many diverse creatures. 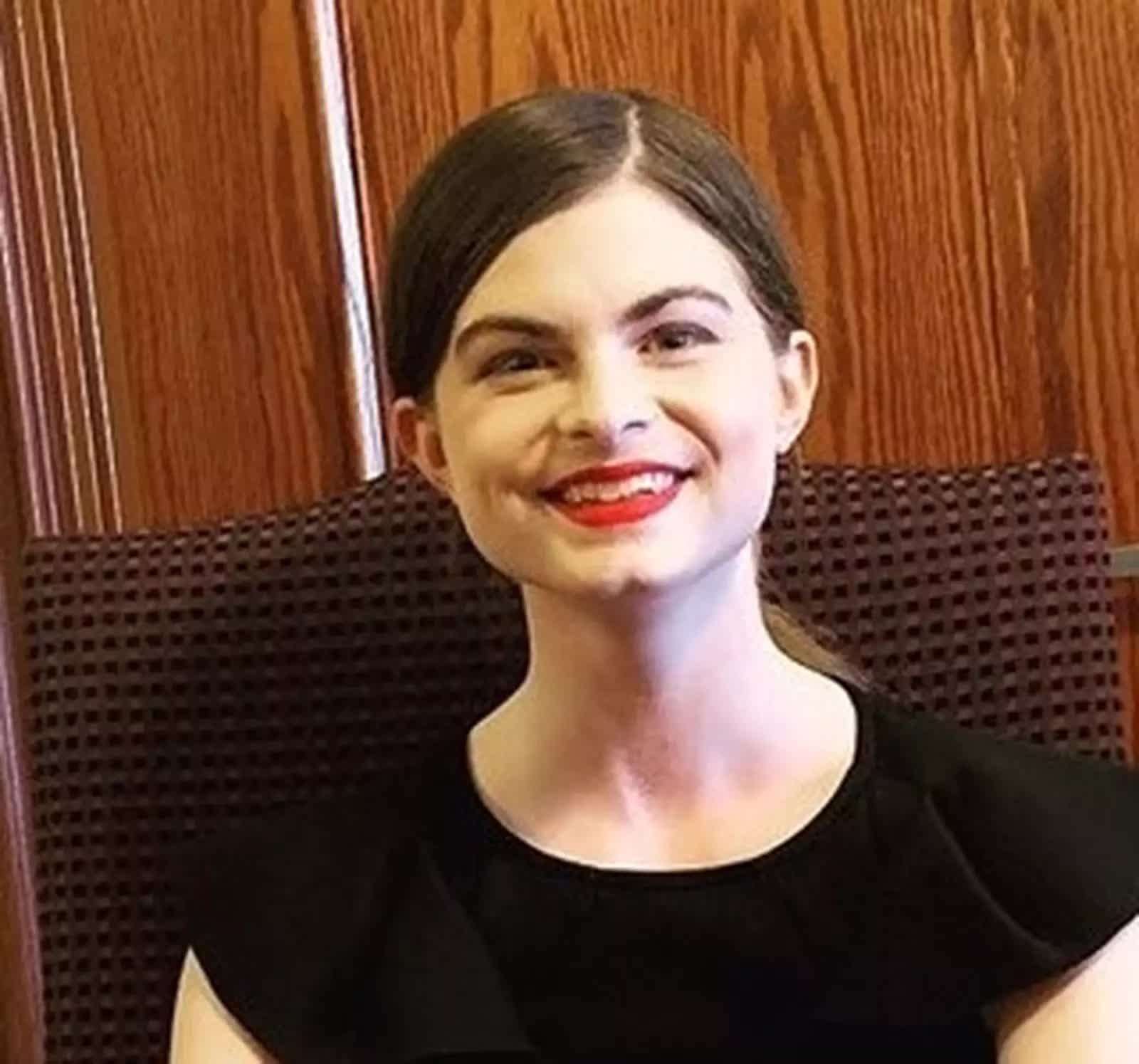 Hope Bolinger is a literary agent at C.Y.L.E. and a graduate of Taylor University's professional writing program. More than 500 of her works have been featured in various publications ranging from Writer's Digest to Keys for Kids. She has worked for various publishing companies, magazines, newspapers, and literary agencies and has edited the work of authors such as Jerry B. Jenkins and Michelle Medlock Adams. Her column "Hope's Hacks," tips and tricks to avoid writer's block, reaches 6,000+ readers weekly and is featured monthly on Cyle Young's blog. Her modern-day Daniel, Blaze, (Illuminate YA) released in June, and they contracted the sequel Den for July 2020. Find out more about her here.

Why You Don't Need to Make the Bible Relevant

Help and Hope During a Disability Diagnosis: The story of Hannah

What Does the Bible Say about Women?

3 Things Jesus Tells Us about Worry

Why Doesn’t God Heal Every Sickness, Disease, and Illness?