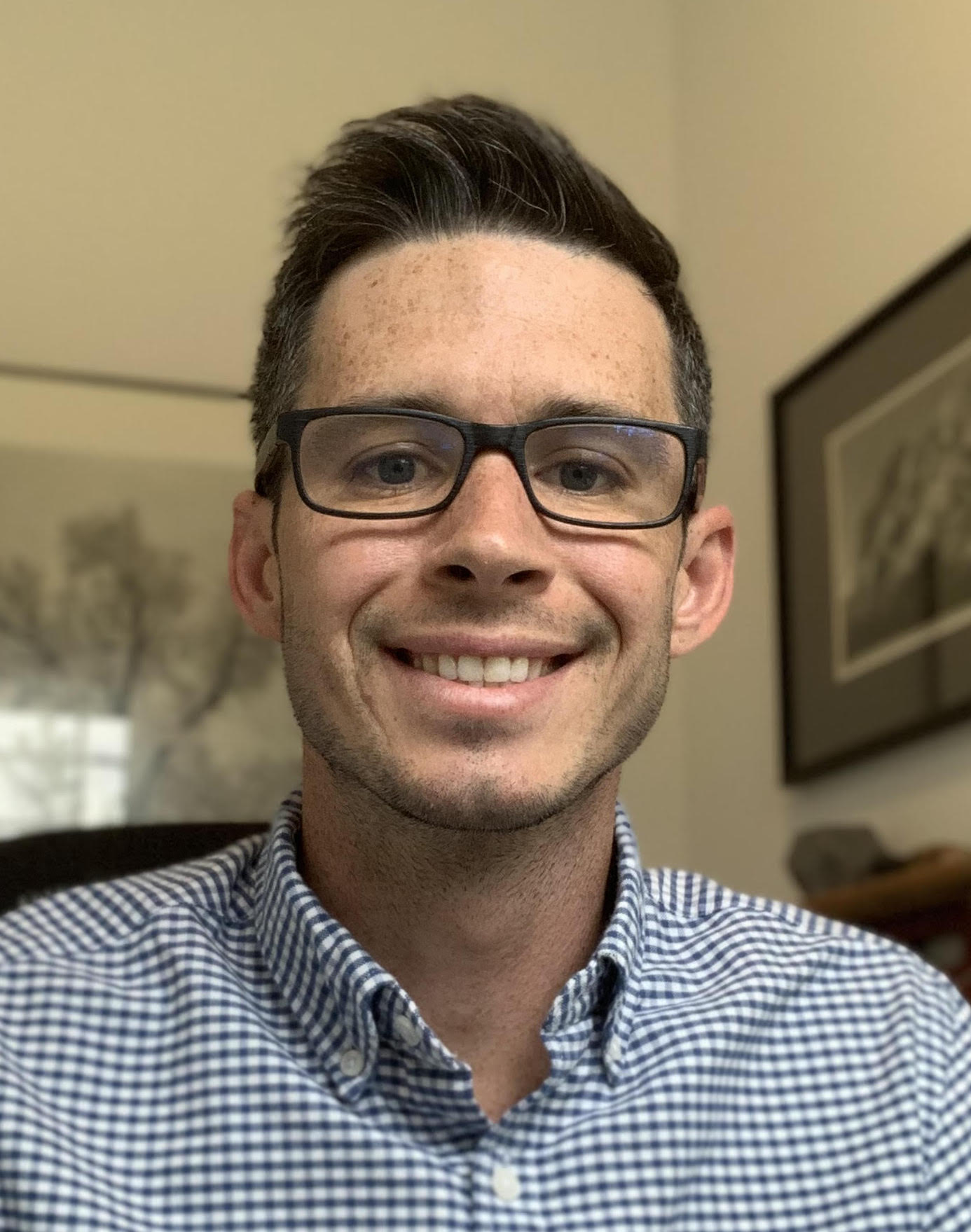 Kyle Blevins is a writer and speaker from Chattanooga, TN. His writing has been featured on Crosswalk.com and related sites, the local GoodNews magazine, Devotable, and other sites like Uplifting Content. He spends most of his life enjoying time with his wife, Tori, and their three sons. When he isn’t leading an operations quality team, he is being active either physically or in volunteer work. You can follow his Facebook page by searching KBlevinsredirected.

What Does Hosanna Mean and Why Is it So Powerful?

Whether you have listened or sang along, read it, or spoken it, this is a very powerful exclamation. Have you ever thought about what the name of Jesus as "Hosanna" actually means?

If you have never heard the term “hosanna” before, no worries. You are in the right place. As we dive into the meaning and where it can be found in the Word, we can be more intentional about using it. I believe this intention will lead our prayer and worship time into a deeper connection.

What Is the Meaning of Life?

What is the meaning of life? The meaning of life is connecting with the purpose, and for that purpose to guide us into development and service. We have this intrinsic, burning desire to know what we are made to do, but before can get on board with developing into that, we need to understand why we are here.

What Does it Mean to Be Anointed?

To be anointed is to be set apart, empowered, or protected. Many can be anointed, but there is a single Anointed One who made it possible for all. You may have heard a comment like this at your local church service: “The anointing is strong today!” or “I can feel the anointing in this place.” It is valid curiosity to wonder if this is often misused, or if an “anointing” is something that is transferable. You might even see church leaders “anointing” members with oil. Is this valid and Biblical? Let’s explore the concept of anointing further.

The Son of Man: Why Jesus’ Favorite Name for Himself Has Deep Meaning for Us

We read that Jesus was called many names throughout the Bible, but Son of Man stands apart for several reasons. The number of times we see this name alone separates it from some of the others. Just as with a name like Lamb of God, this name has a distinct meaning that is easily defined and tied back to Scripture. What is the significance and the implications of Christ being the Son of Man? Just like other names of God, this name has rich meaning. Let’s explore this powerful name.

Jesus often called himself the Son of Man as part of his interactions with people. On the one hand, saying he was the Son of Man would have been a very ordinary thing to say. Like it’s use in Ezekiel, ‘son of man’ can simply mean, ‘human being.’ But of course, Jesus also was speaking to his identity as the Messiah. He was alluding to Daniel 7, claiming his Messiahship and his role in the redemption of the world.

Jesus’ humanity mattered. Jesus was conceived by the Spirit and full of the Spirit of God, but he was birthed by Mary and born as a man. His ability to sympathize in all of our weaknesses (Hebrews 4:15) and not sin (2 Corinthians 5:21), means he was and is the only one who could redeem us.

Similarly, his sonship can teach us a lot about himself. In Matthew 3:17 we read, “And a voice from Heaven said, ‘This is my dearly loved Son, who brings me great joy.’” In Judaism, the firstborn son is viewed as significant in “the redemption of the first-born son.” This is a commandment in Jewish culture where the firstborn son is “redeemed” and predestined to serve as a priest. The firstborn son was also given a double portion of the inheritance. Sons were viewed in this time as being chosen, prepared with purpose, and to carry on the vision of the father. This helps shape the significance of Jesus being called the Son of Man.

You may have heard this saying in an academic setting before; “the truth will set you free” could certainly apply to learning and gaining new knowledge. However, the original intent of this phrase refers to a spiritual freedom from the bondage of sin. Ellicott’s Commentary expands on the context of this verse in this way; on “the truth will set you free” it adds that “truth and holiness are spoken of as correlative,” as read in John 17:17. The verse says, “Sanctify them by the truth; your word is truth.” At this time, people limited freedom to being free from slavery or Roman rule. But Jesus meant “truth” and “free” as far deeper things.

What Is Apostasy and How Can We Combat It?

The term “apostasy” as we use it today comes from the Greek word “apostasia”, which means departure, revolt or rebellion. With general religion, apostasy is the abandonment of, or a willful falling away from, the faith. It can be defined as the departure of religious practices, a rejection of beliefs once agreed upon, or even mockery of the religion. Apostasy is considered illegal in over a dozen countries dominated by the Muslim faith, some of which even bring about the death penalty. In America, this may not be a term we see very often considering we have the freedom to practice any religion we choose. Is this something that still goes on today in Christianity or even behind church doors?

8 Ways Listening Can Be a Ministry

The thought that you must have a special certification or unique ability to make a difference in someone’s life is as wasteful as Michael Jordan never using his talent on the basketball court.

Listening is one of the most fruitful ways to help someone, but is also among the most underused skills. Couple that with our current culture’s awareness of offending others and we have effectively talked ourselves out of connecting with people when they may need it most. But do we recognize the kind of opportunity we are letting go?

What Does “Spare the Rod, Spoil the Child” Mean in the Bible?

There is often confusion between this phrase and a biblical Proverb regarding “sparing the rod.” This phrase was actually coined by a 17th-century poet and satirist by the name of Samuel Butler in his poem “Hudibras.”

5 Times Jesus Showed Us the Way

Jesus is still alive in us today because He was just so different. His actions caught the attention of man at the beginning of time and will continue to through the end of time. Crowds would gather and follow Jesus during his life-giving teachings that were in stark contrast to the worldly standards running rampant in those times. His light captivated people; it gave them life. That still applies today.

In John 14:12, Jesus empowered us by saying, “Anyone who believes in me will do the same works I have done, and even greater works, because I am going to be with the Father.” When we are empowered to do something, it means we are given a charge and we are also equipped. Jesus clearly gave us the charge here, but where did He equip us for the mission? Let’s explore some scriptures where Jesus showed us His greater ways are not out of reach for us.

As I left work one day feeling great, I noticed a stark contrast in my attitude when I got home. It is possible that the messes visible from all entry ways after a full day of work were just too much for me. Perhaps the teething baby screams that greeted me at the door caught me off guard. Then again, it may have just been the guilt that followed me for not fulfilling the impossible expectations of myself not to ever let my sons down. Regardless, I was curious why I fared well working through the stresses of work, but somehow crumbled at the stresses of home.

Thinking further, I realize what I left at work. I left a quiet and private environment, but more than that, I left one of my biggest needs: motivation. At work I am driven because of the possibilities. I imagine what a difference I could make at the company, I rally people behind me, work on implementation, then I reap this beautiful reward called recognition. Compensation also plays a big part. It is no longer a mystery why I feel more energized at work than I do at home. I believe the key to this dilemma revolves around motivation.

Our kids are in their years of “taking” from us as they are relying on us for direction in life in just about every way. We must find a way to receive. God says this is possible if we consider Him in all of our ways (Proverbs 3:6).

7 Encouraging Morning Prayers to Center Your Day in the Lord Jessica Brodie
7 Non-Traditional Christmas Verses to Read This Year Bethany Verrett
Why Do Some People Claim That Christmas Is a Pagan Holiday? Blair Parke
How Hannah Found an Audacious, Extraordinary Hope in God Frank Santora
Why the Bible Says We Should All Practice Hospitality Heather Adams
What Does the Bible Really Say about Drunkenness? Bethany Verrett