Who Was James, Jesus' Brother?

Jesus came from a big family. Matthew 13:55-56 names Jesus’ brothers: James, Joseph, Simon, and Judas and mentions sisters (plural), so He had at least six siblings.

James is always named first when Jesus’ brothers are listed, which in his day likely meant that he was the eldest of the four. Known as James the Just and Old Camel Knees, James led the church at Jerusalem until his violent death in AD 62.

What Does the Bible Say about James?

Even after more than two years of miracles, James is a skeptic. It would, after all, be rather hard to swallow the idea that the brother you had grown up with was really the Son of God.

1 Corinthians 15:7 specifically names James as one to whom Jesus appeared after His Resurrection. Seeing his dead brother walking and talking, James believes that Jesus is the Christ, the Son of God sent to save people from their sins.

When he later writes the Epistle of James, he introduces himself not as the brother of Jesus or a leader of the church but as simply, “James, a servant of God and of the Lord Jesus Christ” (James 1:1).

Immediately after Jesus ascends to heaven, Acts 1:14 finds James with the apostles, praying and waiting for the promised Holy Spirit. James is one of the 120 filled with the Holy Spirit at Pentecost, the day the Church begins (Acts 2:1-4). From the moment he encounters Jesus the Risen Lord, James is whole-heartedly devoted to serving Him and His Church.

James Was a Wise Leader

Less than ten years later, when Paul visits Jerusalem, he meets with two church elders: Peter and James, the brother of Jesus. When Paul describes this event in Galatians 1:18-19, he refers to James as an apostle, one of a select few who had witnessed the risen Christ and whose teaching held authority.

James is still head of the church at Jerusalem 14 years later when Paul returns to settle the issue of which Jewish laws apply to Gentile believers. Debate rages between the Judaizers, who demand that Gentile Christians be circumcised and observe all the laws God gave the Israelites, and Paul and Peter, who insist that Gentiles don’t need to become Jews to follow Jesus (Acts 15:1-12). It’s a thorny, complicated dispute threatening to tear the infant Church in two.

James listens to both sides. He allows them to fully express all their opinions, concerns, and arguments. Only after they stop speaking does he respond, and his answer demonstrates his knowledge of the Scriptures, his discernment, and strong, impartial leadership.

Most orators of the day flattered their hearers with flowery accolades, wove in stories and cultural references, and eventually got around to alluding to whatever it was they wanted to communicate.

The speech James gives in Acts 15:13-21 is simple, clear, and to the point. He endorses Peter’s testimony that God is redeeming Gentiles as well as Jews. He recites Amos 9:11-12 to show that this rescuing of the Gentiles is not in conflict with what Scripture teaches but is rather a fulfillment of it.

James then pronounces his judgement, a compromise. Gentile believers are not to be burdened with Jewish laws but are to abstain from four things likely to make fellowship between Jewish and Gentile believers difficult.

There is no more debate. His authority and wisdom are respected, and his judgement is fair and beneficial to both parties.

When recounting the story of the Jerusalem Council in Galatians 2:1-10, Paul describes James as a pillar of the church, a man of high reputation. He also records that when James and the other elders approved his ministry to the Gentiles, the one thing they asked was that he remember the poor.

Jesus' Brother Was a Radical Advocate

It’s a passion for James, who repeatedly demands justice for the poor in the Epistle of James. About a quarter of the book is devoted to advocating for and encouraging the needy, condemning favoritism based on wealth, and confronting the rich about their greed, apathy, exploitation, and foolish pride. The only other person in the New Testament who talks this much about social inequality is Jesus Himself. Like his brother, James minces no words.

“Now listen, you rich people, weep and wail because of the misery that is coming on you…. Your gold and silver are corroded. Their corrosion will testify against you and eat your flesh like fire. You have hoarded wealth in the last days…. You have lived on earth in luxury and self-indulgence. You have fattened yourselves in the day of slaughter” (selected from James 5:1-5).

James not only urges compassion and care for the poor, he elevates and honors them. “Listen, my dear brothers and sisters: Has not God chosen those who are poor in the eyes of the world to be rich in faith and to inherit the kingdom He promised those who love Him?” (James 2:5).

In the first verses of the Epistle of James, as at the Jerusalem Council, James skips the long-winded greetings and blessings and cuts straight to the point. “Consider it pure joy, my brothers and sisters, whenever you face trials of many kinds…” (James 1:2).

The heart of a pastor beats in his words as he exhorts his people to trust God regardless of their circumstances, to be faithful and pure, and to humbly submit to God. The church at Jerusalem had experienced such intense persecution that most believers had fled to other cities. In this letter to those “scattered among the nations,” James comforts those who are suffering with an eternal perspective. “You too be patient; strengthen your hearts, for the coming of the Lord is near” (James 5:8).

At the last historical mention of James in the Bible, he is rejoicing at the Gentiles who have become part of the family of God and is instructing Paul to take steps to mend division in the Church. Thousands of the Jewish Christians at Jerusalem were outraged because they believed that Paul was telling Jews in other cities to reject Judaism when they became Christians.

To resolve this confusion and division, James suggests that Paul demonstrate that he still considers himself Jewish and abides by the Law by participating in a purification ritual and paying for four other men to do the same (Acts 21:17-26).

Throughout his ministry, James is a peacemaker. His leadership is a picture of James 3:17-18 lived out. “But the wisdom that comes from heaven is first of all pure; then peace-loving, considerate, submissive, full of mercy and good fruit, impartial and sincere. Peacemakers who sow in peace reap a harvest of righteousness.”

How Did Jesus' Brother James Die?

Scripture doesn’t record the death of James. The Book of Acts, a chronological accounting of the history of the early Church, ends with Paul in house arrest in Rome, and James is likely still alive and leading the church at Jerusalem. The historian Josephus places James’ death during a time of transition between two Roman governors, signifying a probable date of 62 AD.

By this time, James has earned himself some nicknames: James the Just, Oblias, (a Greek word meaning “bulwark of the people”) and Old Camel Knees. Why Old Camel Knees? Matt Erickson writes that Hegessipus, a 2nd century Christian, wrote that James was often found alone in the temple on his knees begging for God to forgive the Jews and that he spent so much time on his knees in prayer that they “became hard like those of a camel.” His life bore evidence that he believed what he wrote about prayer in James 5:16. His faith would soon be put to the test.

Hegessipus records the following about James’ death, as quoted by Eusebius, a 4th century Church historian:

James the Just is so well respected by even the non-Christian Jews, that when James tells them  Jesus is the Savior, some of the ruling class become believers. This worries the Jewish leaders, who beg James to speak to the crowds…

The Jewish leaders take James to the summit of the temple, where the crowd can see and hear him, and cry out in a loud voice, “We are all bound to obey you, as you are just. The people are confused and following the dead man named Jesus. Tell us about this crucified Jesus.”

James calls out just as loudly, “Why do you ask me about Jesus? He sits in heaven, at the right hand of God, and will return on the clouds of heaven.” Many of the people are convinced then and there that Jesus is the Resurrected Lord and start praising Him on the spot.

The leaders are beside themselves. They shout to the people, “Oh dear! The just man is confused himself!” and throw James down from that height. But he is not killed, so the leaders start stoning him.

James does what he has always done. He kneels down and asks God to forgive the Jews. The stones continue to batter his body as a priest yells, “Stop! What are doing? The just one is praying for us!”

A launderer takes the club used to beat clothes and hurls it at James’ head, and the just one finally dies.

Was James One of the 12 Disciples?

Some argue that James the brother of Jesus and Jesus’ disciple James, son of Alphaeus might be the same person. To explain the disparity in fathers’ names, these scholars suggest that James is a cousin or stepbrother of Jesus.

While possible, it seems unlikely, as Jesus’ brothers did not believe He was the Messiah. Their mockery of Jesus in John 7:1-4 because of this unbelief occurred after many events in which the 12 disciples took part.

The Legacy of James

The life of James shows us the power of the Resurrection. The sneering skeptic becomes a devoted follower after witnessing the crucified Jesus come back to life.

His headship of the Church at Jerusalem is a model of just, unifying, steadfast servant leadership.

The Book of James helps shape the mission of the Church: unity, faithfulness in prayer and witness, purity, perseverance under trial, and compassionate care for one another and the poor.

James’ life, ministry, and writings impacted the formation of the Church and continue to transform hearts and minds today. 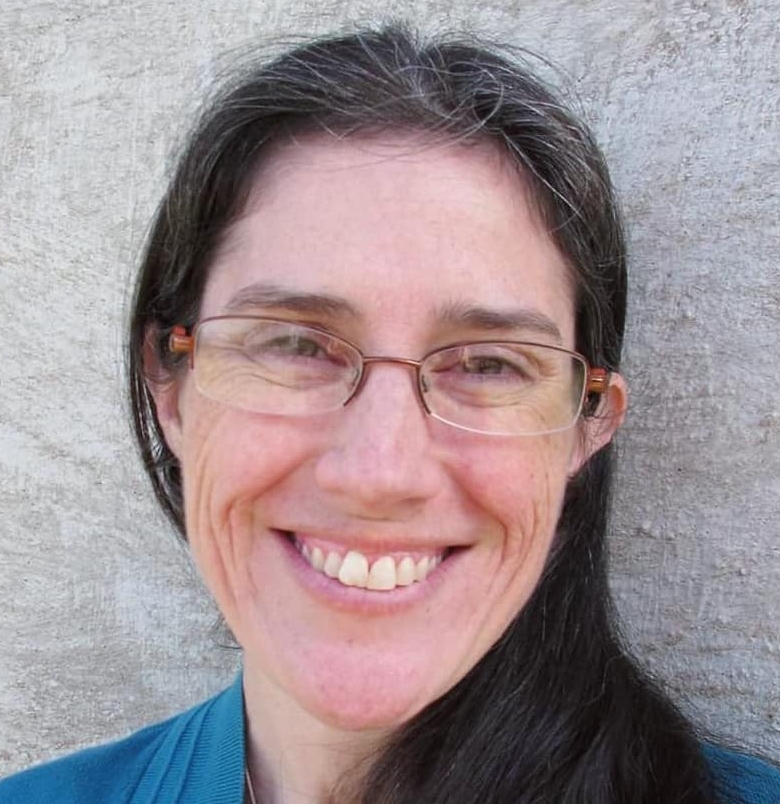 Jeannie Myers is a freelance writer enjoying the beauty of creation in the foothills of the Blue Ridge. God has blessed her with five beautiful children here on earth and two in heaven. Jeannie loves reading, camping, singing, and playing board games with her kids. Jesus has carried her through some difficult waters, and her heart's desire is for the hurting to know His love and mercy.

Jeannie Myers is a freelance writer enjoying the beauty of creation in the foothills of the Blue Ridge. God has blessed her with five beautiful children here on earth and two in heaven. Jeannie loves reading, camping, singing, and playing board games with her kids. Jesus has carried her through some difficult waters, and her heart's desire is for the hurting to know His love and mercy.

3 Powerful Lessons from the Story of the Bleeding Woman Frank Santora
Paul’s 16 Do’s (and Don’ts) of Biblical Love Sheila Alewine
What We Must Understand When We Say “God Is Good” Clarence L. Haynes Jr.
Why It's So Important That "Jesus Wept" Bethany Verrett
What Is the Meaning of Palm Sunday and Why Celebrate it? Compiled & Edited by
What Is the Significance of the First Commandment? Emma Danzey